For all users who back up VMware ESXi in version 6.0.x it is vitally important to know that a serious bug has unfortunately been introduced by VMware in this version, a bug that has to do with a major problem on Changed Block Tracking (CBT). Here is the link to the official VMware article: https://kb.vmware.com/s/article/2136854.

To better understand the problem, here is a brief explanation of what happens when Iperius Backup performs a backup of an ESXi virtual machine with the CBT mode :

As stated by VMware, in version 6.0.x of ESXi it may happen that sometimes, when a software asks about the disk sectors to be saved, the host responds incorrectly.
This means that the third phase of the backup generates an inconsistent result. Clearly this is not a Iperius bug, but a VMware bug, which therefore affects any software backing up virtual machines using incremental / differential (CBT) mode.

The final result of the backup then will be a non-coherent disk image and therefore the impossibility to restore the virtual machine correctly.

To overcome this serious problem, you must then download and install the patch made available by VMware: https://kb.vmware.com/s/article/2137545

To check if your backups have been affected by this bug, an important verification is to try a restore. You can do that with Iperius, restoring a VM backup to a new test machine, to see if the restore works fine. If yes, you can consider your backup consistent and correct. Otherwise, you immediately need to make a new backup from the scratch after you installed the VMware patch. 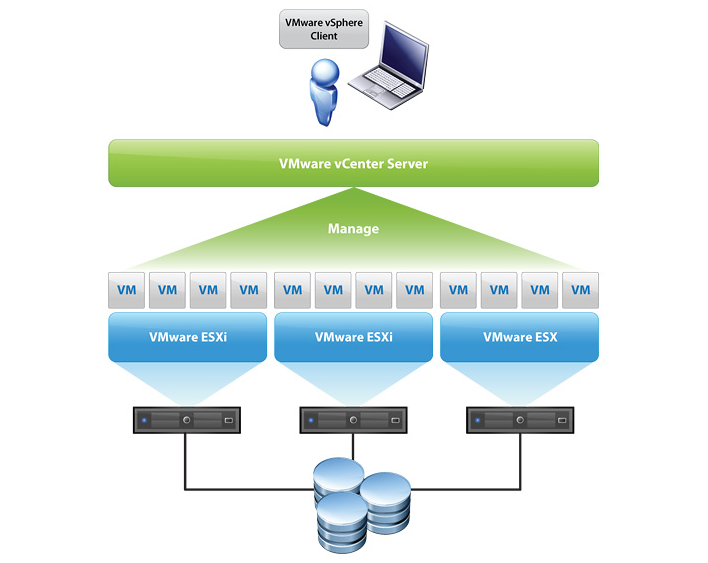 An in-depth look at the Changed Block Tracking (CBT):

Changed Block Tracking (CBT) is a feature that allows you to perform incremental and differential backups of VMware virtual machines.
Virtual machines running on ESX / ESXi hosts can keep track of the disk sectors that have changed. This function is called Changed Block Tracking (CBT). On many file systems, CBT identifies changed disk sectors between two sets of change IDs. In VMFS partitions, CBT can also identify all sectors of the disk in use.

When a software makes a backup, it may request transmission only of the blocks modified since the last backup or blocks actually used on the virtual disk. The CBT functionality is accessible through any third-party applications as part of the vSphere Data Protection API (VADP). Applications call VADP to request that the VMkernel return data blocks that have changed on a virtual disk since the last backup snapshot.

To make sure the CBT can identify the disk sectors modified since the last change ID, the following requirements are needed:

In order for the CBT to identify the sectors of the disk in use with the special change ID ‘*’, the following requirements are needed:

In some cases, such as when a power outage or forced shutdown of virtual machines occurs, the CBT could be reset to zero and lose track of incremental changes. In vSphere 4.1 and earlier, Cold Migration (but not Storage vMotion) could restore but not disable CBT. In vSphere 5.x versions prior to vSphere 5.5 Update 2, vMotion storage restores the CBT.

To check if a virtual disk has the CBT enabled:

Note: set the value to False to disable CBT.

For each virtual disk, the .vmx file contains the entry:

A .ctk file exists for each virtual disk and snapshot disk.

Note: After a successful backup and full consolidation of snapshots, there should not be any .ctk files for snapshots left in the data store. For example: vmname-000001-ctk.vmdk.